Get a top Sales Speaker

Invite GANESH now to speak at your next sales meeting or event.

When large-scale sales contracts hang in the balance, and your company’s future with it, who do you turn to?

For more than a decade, Ganesh Tayi was Motorola’s X-factor to winning multi-million global sales contracts. If anyone knows how to pull a deal out of the eleventh hour, it’s Ganesh.

Invite Ganesh now to speak with your team and help them close the big deals today.

Master Internal Selling – How to always get internal approval for your deal.

Critical Strategies CEOs and Senior executives must know to stop losing the deal. 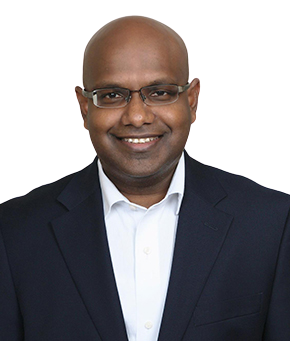 Author, Speaker and CEO of Never Lose The Deal.

Not many sales experts start off as engineers. But Ganesh did.

Shortly after finishing his MBA, Ganesh secured a senior managerial position where he started negotiating a deal with a large client on his first day at work. He quickly fell in love with the complex processes surrounding high-pressure deal negotiations, thanks to his technical background, and hasn’t looked back since.

Ganesh has helped close over $12 billion deals with Fortune 500 giants like Sprint, Nextel, AT&T, and UPS. As VP of one of the largest and most successful divisions at  Motorola, Ganesh led the global efforts in Strategy, Operations, and Sales. He helped them achieve huge market share gains in the same segment and negotiated multi-year strategic partnerships resulting in over $1 billion in sales.

As CEO of Never Lose the Deal, Ganesh helps ambitious tech companies turn around low sales and low win rates, and create consistent improvements for high-growth. He’s advised companies on the INC 5000 list and shares his insights through coaching, consulting, and workshops. He also speaks with CEOs and sales teams across America both virtually and in person.

All his work is dedicated to helping tech companies with innovative and transformational products make their mark on the world. And that’s why he wrote the ultimate guide on deal negotiation, Never Lose The Deal, a powerful book that reveals why senior executives lose mouthwatering deals and the action steps to become better negotiators.

Transform your sales events and meetings.