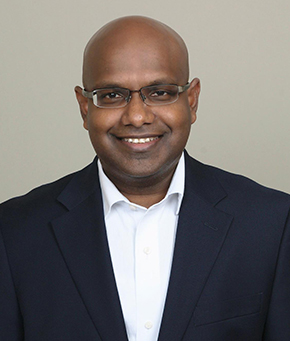 Ganesh Tayi has been a successful business executive for more than 20 years. He has worked with Fortune 500 technology companies including Sprint, Nextel and Motorola. As a VP for one of Motorola’s largest and most successful divisions, Ganesh led their global efforts in Strategy, Operations and Sales. He also achieved huge market share gains in the same segment and negotiated multi-year strategic partnerships resulting in over $1 billion in sales.

Ganesh’s strong operational leadership is responsible for creating consistent improvements for high-growth, mature and turnaround businesses around the world. But it is his unique insights into high dollar sales contracts that really set him apart, giving the companies he advises an almost unfair advantage.

In his powerful new book, Never Lose The Deal, Ganesh reveals 10 critical strategies senior executives responsible for large sales contracts need to know to not risk losing their next deal. He cautions that getting caught up in your company’s own agenda could cause you to lose perspective and, quite possibly, the deal itself.

If you are a major stakeholder in high dollar sales contract negotiations and you don’t have a 360-degree view of the deal, you are at risk for getting an unfavorable deal for your company. You may even be at risk for losing the deal to your nearest competitor.

In his riveting new book, you will discover:

Ganesh has seen many deals collapse because the sales executive negotiating the deal felt trapped between their client and their own company’s internal expectations. That’s why he is passionate about sharing a fresh perspective with sales executives who are struggling to navigate through today’s turbulent business climate.

Let Ganesh guide you toward your full potential in successful sales contract negotiations and ensure that you never lose the deal again.